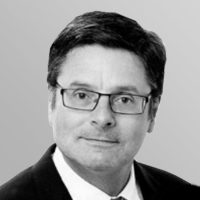 Graham holds a BSc. from the University of Strathclyde, Glasgow. He has been a Fellow of the Society of Economic Geologists (“SEG”) since 1999, participated in the Colombia Senior Executives Program in 2004 and the Duke Business Leaders Program in 2007. He is a past councilor of the SEG and current British Geological Survey industry advisor and Natural History Museum honorary research fellow. In 2011, he was the co-recipient of the PDAC Thayer Lindsley Award and from 2013 attained both Chartered Geologist and European Geologist professional status. Mr Brown joined Amax as an exploration geologist in 1980 and worked on a variety of exploration and mining operations in the Circum-Pacific region.